What Is a Root Canal?

Underneath your tooth’s outer enamel and within the dentin is an area of soft tissue called the pulp tissue. While a tooth’s pulp tissue does contain nerve fibers, it is also composed of arteries, veins, lymph vessels, and connective tissue. Each tooth’s nerve enters the tooth at the very tip of its roots. From there, the nerve runs through the center of the root in small “root canals,” which join up with the tooth’s pulp chamber. Root canals are very small, thin divisions that branch off from the top pulp chamber down to the tip of the root. A tooth has at least one but no more than four root canals.

Why do I feel pain?

When the pulp becomes infected due to a deep cavity or fracture that allows bacteria to seep in, or injury due to trauma, it can die. Damaged or dead pulp causes increased blood flow and cellular activity, and pressure cannot be relieved from inside the tooth. Pain in the tooth is commonly felt when biting down, chewing on it and applying hot or cold foods and drinks.

Why do I need root canal therapy?

Root canal therapy is necessary because the tooth will not heal by itself. Without treatment, the infection will spread, bone around the tooth will begin to degenerate and the tooth may fall out. Pain usually worsens until one is forced to seek emergency dental attention. The only alternative is usually extraction of the tooth, which can cause surrounding teeth to shift crookedly, resulting in a bad bite. Though an extraction is cheaper, the space left behind will require an implant or a bridge, which can be more expensive than root canal therapy. If you have the choice, it’s always best to keep your original teeth. 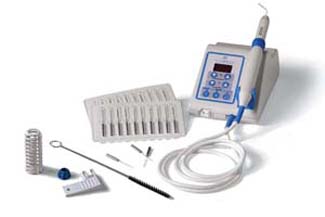 What is a root canal procedure?

A root canal is a procedure done to save the damaged or dead pulp in the root canal of the tooth by cleaning out the diseased pulp and reshaping the canal. The canal is filled with a rubberlike substance called gutta–percha or another material to prevent recontamination of the tooth. The tooth is then permanently sealed, with possibly a post and/or a crown made of porcelain or metal alloy. This enables you to keep the original tooth.

What is involved in root canal therapy?

Once your general dentist performs tests on the tooth and recommends therapy, he or she can perform the treatment or refer you to an endodontist (a pulp specialist). Treatment usually involves one to three appointments.

First, you will probably be given a local anesthetic to numb the area. A rubber sheet is then placed around the tooth to isolate it. Next, an opening is drilled from the crown into the pulp chamber, which, along with the root canal, is cleaned of all diseased pulp and reshaped.

Medication may be inserted into the area to fight bacteria. Depending on the condition of the tooth, the crown may then be sealed temporarily to guard against recontamination, the tooth may be left open to drain or the dentist may go right ahead and fill the canals.

If you’re given a temporary filling, usually on the next visit it’s removed and the pulp chamber and canal(s) are filled with gutta percha or another material to prevent recontamination. If the tooth is still weak, a fiber post may be inserted above the canal filling to reinforce the tooth. Once filled, the area is permanently sealed.

Finally, a gold or porcelain crown is normally placed over the tooth to strengthen its structure and improve appearance. 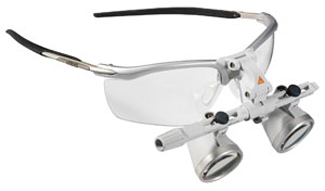 What are the risks and complications?

More than 95 percent of root canal treatments are successful. However, sometimes a procedure needs to be redone due to diseased canal offshoots that went unnoticed or the fracture of a filing instrument, both of which rarely occur. Occasionally, a root canal therapy will fail altogether, marked by a return of pain.

What happens after treatment?

Natural tissue inflammation may cause discomfort for a few days, which can be controlled by an over-the-counter analgesic. A follow-up exam can monitor tissue healing. From this point on, brush and floss regularly, avoid chewing hard foods with the treated tooth, and see your dentist regularly.

Are there options to root canal therapy?

The only alternative to root canal therapy is to extract the tooth; however, this alone can cause the surrounding teeth to move, resulting in a bad bite. Though a simple extraction may be perceived as less expensive, the empty space left behind will require an implant or a bridge, which ultimately can be more costly than root canal therapy. 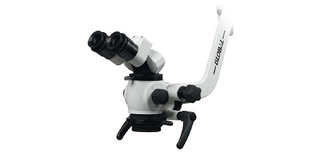 What makes the chances of success more predictable?

Use of modern equipment to clean out the root canal makes the chances of success very high. We use rotary files to clean out the canals and seal the teeth with a thermoplasticized filling that ensures an optimum seal.

In addition, we have a microscope onsite to help detect any hidden canals if we can not spot them with normal magnification. 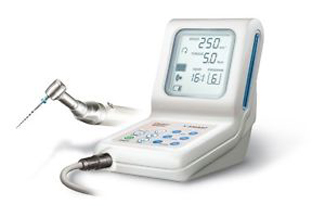 Get more information on Root Canals 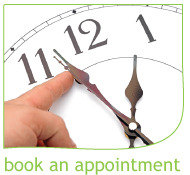 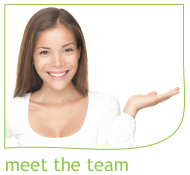